I tend to leave little pieces of my heart wherever I wander.

On the last destination of the journey through my homeland, I find that it has always been here to begin with.

Over a year ago in Costa Rica, I met an Australian woman named Tory. She had long curly golden hair that danced with the wild wind, an enormous heart, and a smile that lit up your corner of the world.

I told her that she had to go to the Philippines and boasted about its unfathomable beauty. One day, when she saw that picture of me swimming with a whale shark, she bought that damn ticket. We vowed to meet in a very special town in Northern Palawan.

So from Manila I took a noisy little plane that flew me to the island of Busuanga. Then rode a van that took me through windy roads and widely-stretched, green terrain. Cows were grazing on the meadows and the clouds were painting themselves on the blue sky. One hour later, I found myself in Coron.

From Costa Rica, to California, to the Philippines, I met Tory again. Nothing has changed. It’s as if the time gap between our lives in those places never existed, and we picked up where we left off with more stories and a stronger bond.

We stayed at Coron Backpacker Guesthouse, which was built on bamboo and stilts above murky water. From our room you can hear the roosters crowing, children playing, the families cooking their dinner, yelling and laughing at each other. It wasn’t fancy. I prefer homey over fancy anyway. I always do. It was perfectly imperfect.

The next morning we went on a boat tour that took us to Kayangan Lake, one of the clearest lakes in the world.

I looked up pictures of this place months before my trip. Hovered over my laptop, I lusted over the brilliant clear waters. I couldn’t wait to be there. My dream materialized. It looked exactly like the pictures I obsessed over, even better. But when you’re actually there, it’s something else.

I hope you eventually find yourself here. 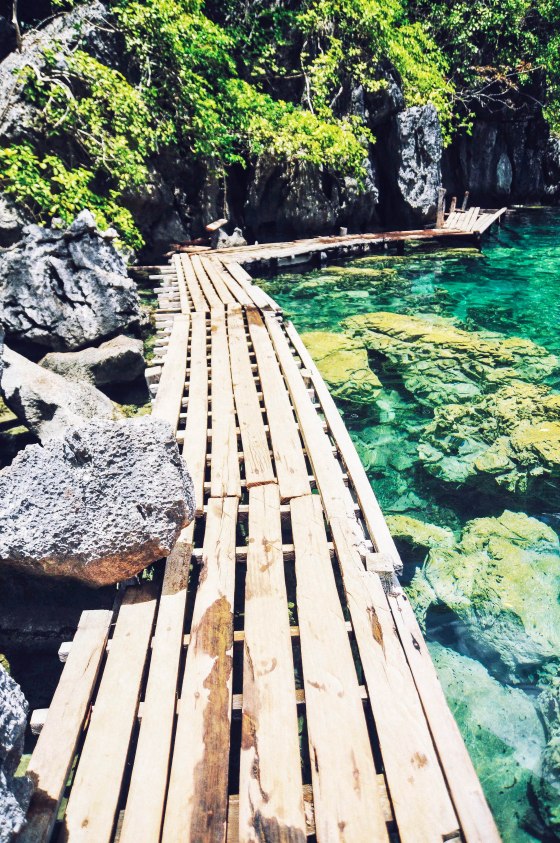 I swam alone to the other side. I sat on one of the rocks that were right below the surface of the water. Then I looked down at my hands, my feet, the rest of the body that I am in, and the place that I am in. Sometimes these places get too beautiful that I forget where I am.

Then silence came. The kind of silence that was unearthly. 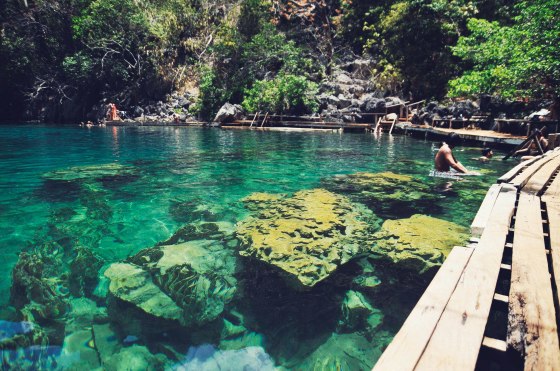 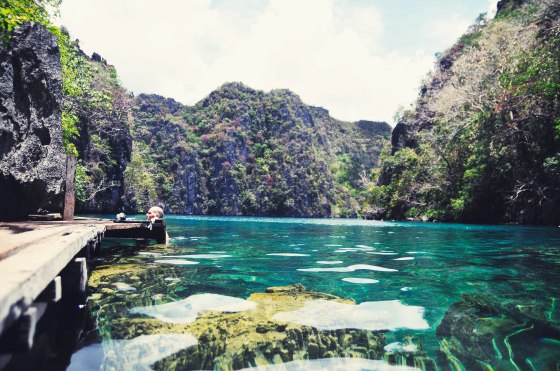 They served lunch on a bamboo hut that was flooded by the ocean tides. We ate rice, eggplant with tomatoes and onions, and seaweed until our bellies were happy. The kind with tiny balls of slime on it, my favorite kind that reminded me of the summer of my childhood years.

“Take me to the docks, there’s a ship without a name there
And it is sailing to the middle of the sea
The water there is deeper than anything you’ve ever seen
Jump right in and swim until you’re free”

The next day I went island hopping with a bunch of Koreans and a quirky group of Japanese men. A Korean couple played matchmaker with me and this other Japanese man and he is seriously convinced that we should get married. In broken English, he told me to date him because he’s a handsome chemist who makes toothpaste flavors. He said this while his wife is literally feeding us delicious mangoes with her hands as we are having giggle fits. I almost told them that I have lost interest in Asian men a long time ago and wouldn’t date another one but I thought I probably shouldn’t do that in a boat full of Asians and ruin that perfect moment.

Language barriers are nonexistent if you have a universal sense of humor.

Then we went to an island, with sands so white you would think you died and went to heaven on earth. 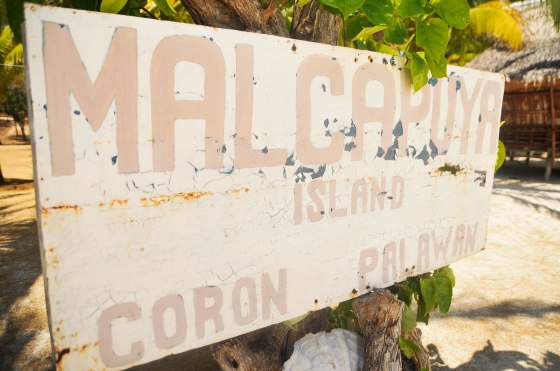 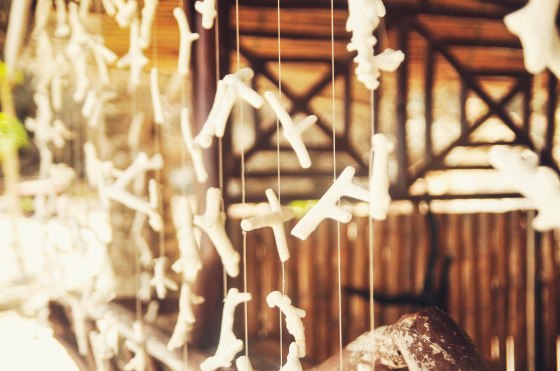 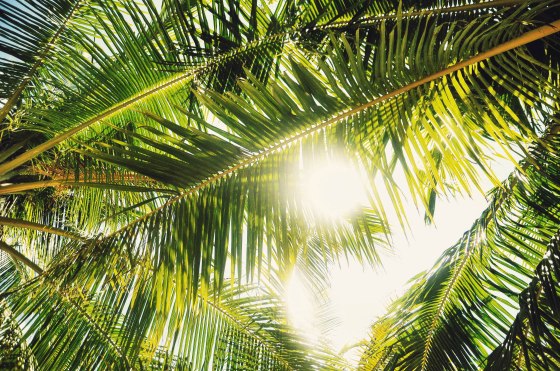 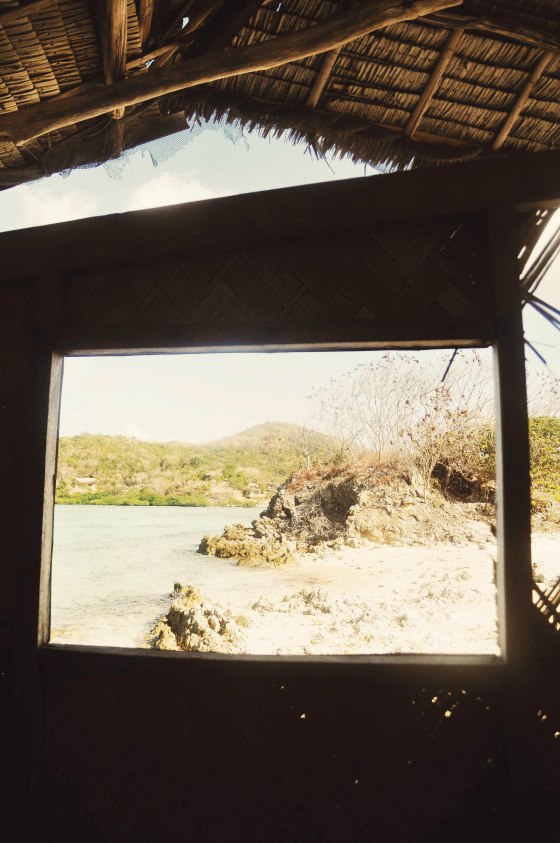 I got lost in islands again the next day. I lost time. I lost the past. I lost the future. And was left with nothing but whatever was in front of me. 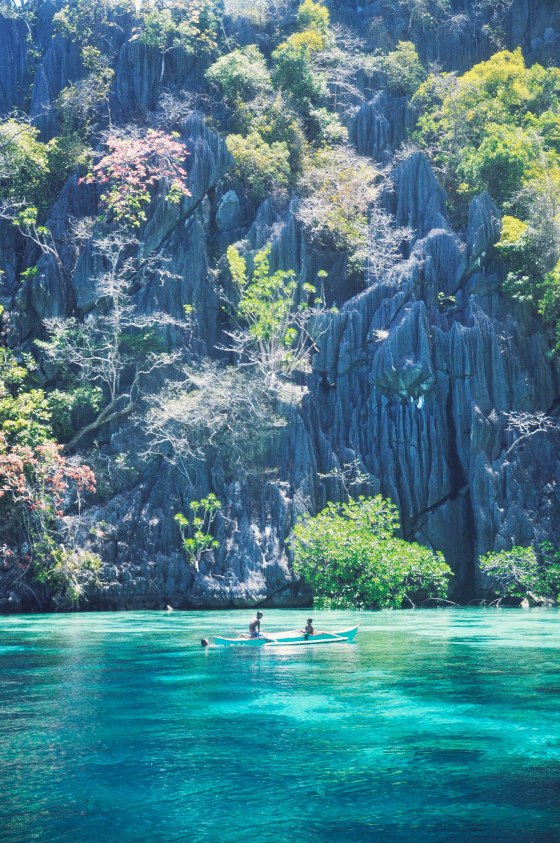 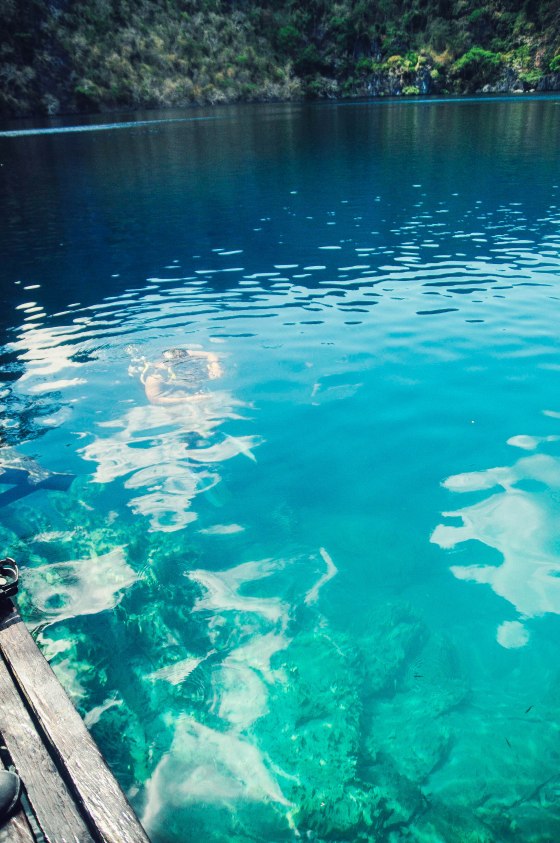 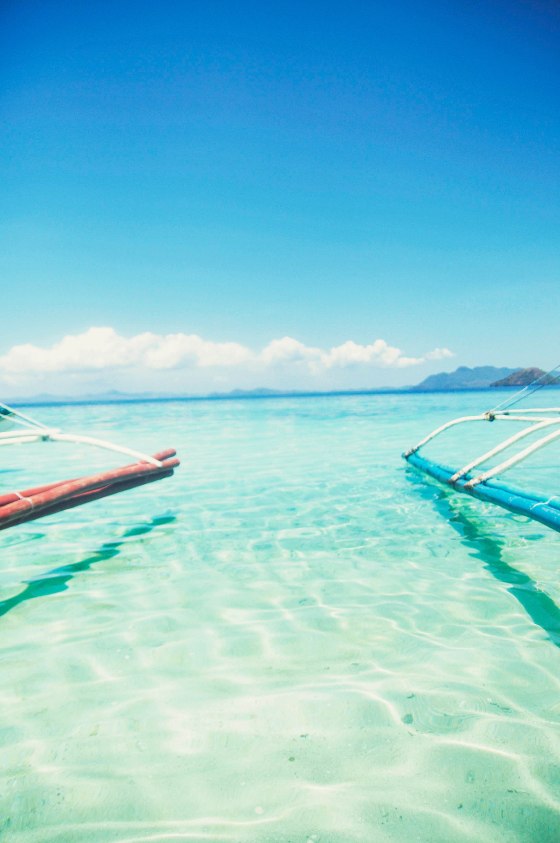 Whenever I would walk the path by my guesthouse, these adorable little children playing Chinese garter games would stop and say hi “Ate” (sister), and ask where I was going and who I was going with. I would tell them I’m going alone and they would always look concerned and tell me to take care of myself. I told them I don’t mind being alone and that if my light is bright and happy nothing bad would happen to me. I think they understood, their smiles reassured me. 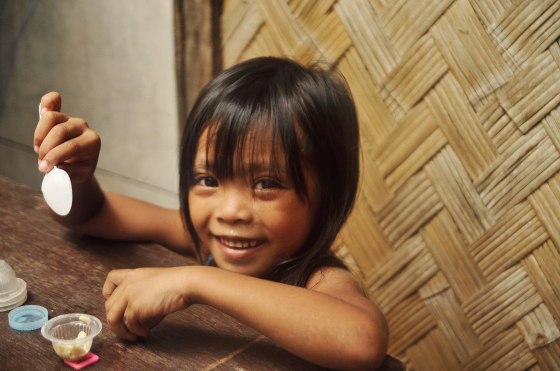 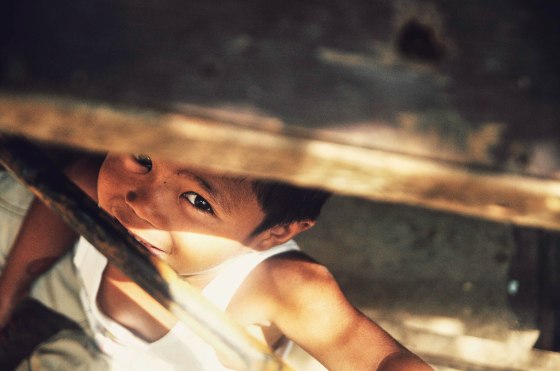 On my last day, I climbed up to the highest peak of Coron and sat at the very top.

Several months ago, a woman stepped into the LAX airport with a big blue backpack. She was a little anxious of diving into the unknown. Her former fears rose quickly, but she valued her dreams more than she valued her fears. So she silenced them.

Her inner gravity pulled her to the other side of the world. And she found herself in places she had only dreamt of. She experienced things in the fringes of magic, if not magic itself. She coalesced with kindred spirits, and braved love once more. She unlearned and relearned. And was gifted with lessons she wouldn’t have learned through a book or a classroom. She delved into back into roots in her homeland, and found much more than what she looked for.

That girl, who is now sitting on top of this mountain, isn’t quite the same anymore. She realized that this journey is the greatest risk she’s have ever taken. Perhaps the greatest thing she’s ever done. And she’s never felt more alive.

To always dive into the unknown and discover the magic that lies underneath it. Over and over again.

91 thoughts on “The end of one journey manifests the beginning of another.”